How to avoid concussions on campus 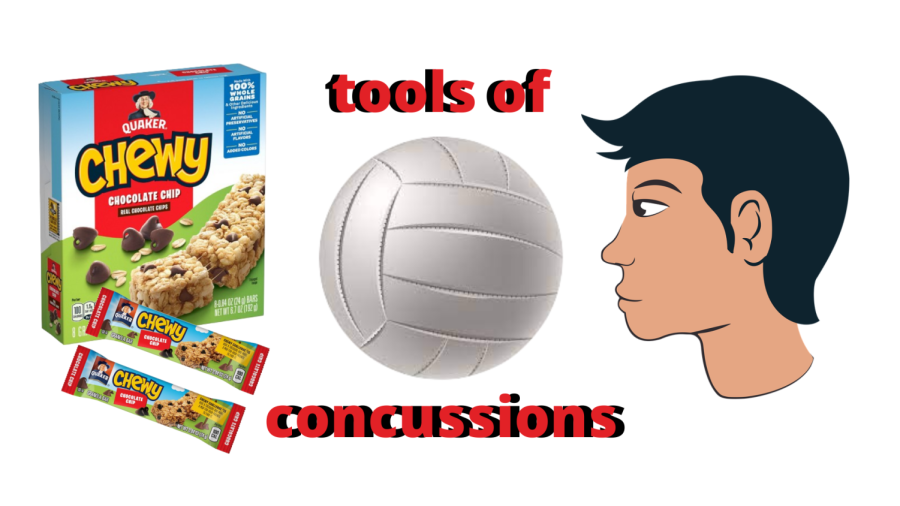 Tools of my previous concussions

As someone who has now lived their entire Castilleja career in a concussive state, I am here to tell you how to avoid concussions on campus. Dun Dun Dun [insert dramatic music].
The number one place to avoid on campus is the gym. Previously holding a position as a second string volleyball player on the JV team during freshman year, I can say with great certainty that the gym is an extremely dangerous place to be if you are interested in avoiding concussions. The gym houses many horrors including volleyballs, basketballs, lacrosse balls and tennis balls. Bottomline: avoid as many balls as humanly possible.
The number two place to avoid is the Senior Tent. When speaking to Sabrina Ahmed ‘22 about the dangers of concussions, she told me that she recently got a concussion from the Senior Tent. She tells me that “I was on the beanbag and then rolled off of said beanbag and hit the back of my head on the metal stake. It was pretty painful, and I have now been concussed ever since. Stay away from metal stakes, and watch where you roll over.”
The number three place to avoid is the Circle. Trust me when I say avoid all flying objects. For my fourth concussion, I was concussed by a granola bar. You know the skinny Chewy Bar one with chocolate chips that we get after school for snacks; yes, I received a concussion from that. They are delicious but dangerous. My retelling of the events include the one-who-should-not-be-named throwing a granola bar across the Circle to give to my friend sitting in front of me. Being smacked in the back of my head with a 5×2 inch, 1 gram protein bar is not a good way to kick off the weekend.
Fourthly, by all accounts, avoid concussions in the library. The library is a dangerous place. The books. The low chairs. The books on the high shelves. Sitting among the stacks and stacks of books, I can imagine a book tragically getting pushed too hard and falling on top of one’s head. Boom, concussion.
While wanting to hear from even more experts, I consulted Brodie Guggenhime ‘22, the only person on campus who could rival my concussion knowledge. As I expertly bombarded her in the dangerous library, Brodie recommended “to stay away from people, balls and any low door arches, walls, maybe stand in the middle or sit in the middle of the circle because you can fall when you are standing.” Abigail Krenz ‘22 chimed in saying that you should “be on the Circle, but not when there is fitness on the Circle.”
As my Castilleja career comes to a close, I look forward to healing from my current onset of concussion symptoms and avoiding these dangerous places until June. If you have any tips for avoiding concussions on campus, please contact my line @ 890-763-1002.