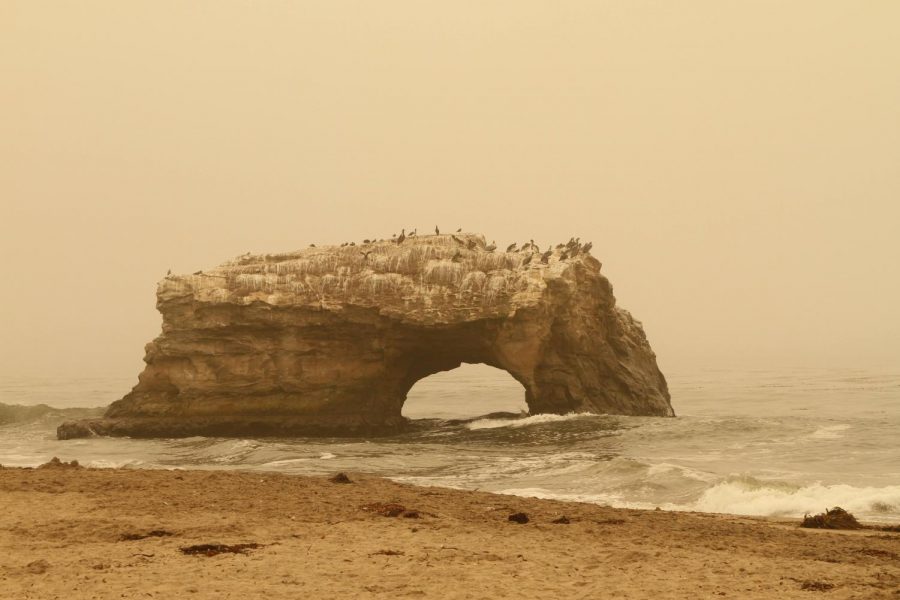 In recent years, the world has seen the effects of climate change begin to take hold of the world. California’s wildfires have gotten bigger and hotter, and the hurricanes in the southeast have gotten wetter and windier than they’ve ever been before. Sometimes, this whole issue feels insurmountable. How is any one person supposed to fix the huge mess that is our world’s environment right now? Maybe small actions won’t completely fix climate change, but they can help. If everyone helps out, people everywhere can head towards a brighter future. So, let’s take a look at what is already being done in our community, and what the Castilleja community can do to help.
Food waste in the United States is a huge problem. Many restaurants make portions too big for any one person to finish, essentially guaranteeing that food will be thrown away at the end of the meal. According to the US Department of Agriculture, 133 billion pounds of food was thrown away in 2010. Wasting food means that more people may end up hungry and the food may go to the landfills or be incinerated, neither of which is good for the environment. According to EarthDay.org, garbage dumps emit methane gas, which is poisonous to humans. Methane is also not supposed to make up any more than a tiny portion of the atmosphere, and adding any more is disrupting the delicate balance that makes up the air that people breathe. When trash is incinerated, it creates carbon dioxide, the exact gas that is causing climate change. At Castilleja, the kitchen staff helps limit the amount of food that goes to waste by adjusting the amount of each kind of food that they make for next time based on how much is eaten. Additionally, if there are many leftovers of a food item, they put the food out again the next day to reduce the amount of food waste they’re producing. Ms. Graysmark says that in the Casti kitchen, they help students to limit their food waste: “we often ask them to finish what they have been served and then come back if they still want more to help with waste from uneaten food.”
Most greenhouse gases are emitted by large companies. In fact, according to The Guardian, 71% of greenhouse gas emissions are from large companies. Because of this, be sure to support eco-friendly companies and businesses. Try to support local businesses, not only to support small business owners but because the products didn’t have to travel as far by car or plane, both of which emit greenhouse gases. Do research on the environmental impacts of products. Are they locally sourced and made in an eco-friendly way? One other important thing that can be done is keeping up with the news on the state of climate change and what can be done to help. Dr. McConnell, a biology teacher at Castilleja, says that “As people become critical consumers of information, they also can better recognize misinformation.” Along with identifying misinformation, people may also be better prepared to make decisions that benefit themselves and the world around them. Voting is an example of why being a “critical consumer of information” is so important. Voting means making sure that everyone’s voice is heard. So, vote on people who will change the laws to make corporations be more environmentally friendly and impose laws that actively fight climate change. If voting is not a possibility, then write letters to lawmakers to tell them what changes should happen, and write to people who can vote and encourage them to vote for a more eco-friendly future.
Climate change seems like a large and unbeatable foe, but our community can rise to the challenge by taking it apart bit by bit. One person can’t do much on their own, but if everyone works together, the world can move towards a better future.