When the magic fades: Can we separate art from the artist? 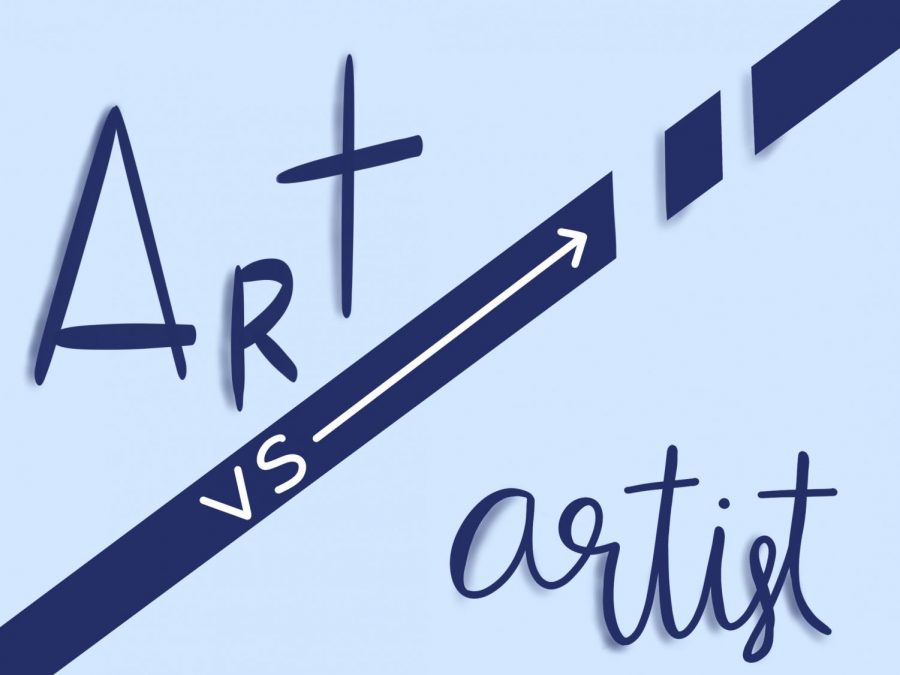 Can we separate a piece of art from the artist?

“Differences of habit and language are nothing at all if our aims are identical and our hearts are open,” J.K. Rowling wrote in Harry Potter and the Goblet of Fire. Throughout his many magical adventures at Hogwarts and beyond, Harry Potter learns that love is stronger than hate and discovers the power of community. Children and adults all over the world resonate with these messages as the Harry Potter books have sold more than 500 million copies worldwide and were turned into an 8-part movie series grossing over $7.7 billion. I was not immune to Potter-mania; I even remember a period of my life when I would sneak into my school’s computer lab every week to take online “Sorting Hat” quizzes and see if my Hogwarts House had changed. (Spoiler alert: it never did. I am still a Ravenclaw!) Harry Potter gave me and many others a foundational level of courage and the confidence to live authentically and find magic in everyday life. Rowling has been renowned for her literary creation that spreads hope and positivity to readers around the globe. Although the original Harry Potter saga is over, Rowling has since stayed busy in the public eye penning more novels and speaking out about social causes on her Twitter account and blog.
Rowling understands the power of words better than anyone else. She said in Harry Potter and the Deathly Hallows, via Albus Dumbledore, that “words are… our most inexhaustible source of magic. Capable of both inflicting injury, and remedying it.” This past June, Rowling penned an almost 4,000-word long blog post in response to being called a TERF (Trans-Exclusionary Radical Feminist) in which she outlined 5 reasons why trans activism worries her. She detailed her concerns about “the huge explosion in young women wishing to transition” and attributed this rise to social media. She implied that gender dysphoria is merely a coping mechanism for other mental health issues, and even said that “if [she had] been born 30 years later, [she] too might have tried to transition.” Rowling identifies as a cis woman. Her statement invalidates the experiences of trans people and denies this already marginalized group recognition and respect. Rowling has an incredibly large platform to whom she is spreading this hurtful rhetoric which could be especially damaging to readers grappling with their gender identity.
In light of Rowling’s controversial statements, many Harry Potter fans, myself included, who hold opinions contrary to Rowling’s are struggling to reconcile and redefine our relationship with the franchise. Can we continue to love and find meaning in Harry Potter despite what the series’ creator stands for? In other words, is it ethical or even possible to separate the art from the artist?
It is important to note that Rowling is far from the only problematic artist, nor is she the worst offender. History is chock-full of questionable people who have put extraordinary art into our world. Charles Dickens’ writing portraying the Victorian-era lower classes was critical to bring about social change in England. He also cheated on and abused his wife, Catherine. Celebrated children’s book author Ted Geisel, better known as Dr. Seuss, enforced pejorative racial stereotypes in his early works and performed theater in blackface during college.
As much as I would like to view art as a completely noble practice existing only as a vehicle for one’s self-expression and intellectual exploration, art is an industry. Artists make a living off of others’ consumption of their work, and the more popular an artist is, the more valuable their work becomes to publish and make money. Almost anytime we engage with published art, the artist benefits financially, so they are inseparable from their art in this economic respect.
Beyond making a living, what do popularity and financial success mean for an artist? For starters, they gain a larger platform of support to share their views and might have more lucrative publishing opportunities come their way. By engaging with art from artists whose views we don’t agree with, we are inadvertently supporting and rewarding what the artist stands for.
But what if you had already purchased a piece of art prior to being aware of the artist’s personal views, or if you are pirating or borrowing their work from a library as not to support them financially? In fact, what if the artist is dead now?
Unfortunately, I cannot give a blanket statement about what art you should or should not interact with. While it is not possible to financially separate the artist from their art, you must analyze each situation on a case-by-case basis and decide for yourself what art you feel comfortable consuming. I believe the most important factor in this decision is whether or not a work of art is asking you to excuse or condone the artist’s flaws. At the end of the day, although the artist always benefits from the consumption of their art, we, the consumers, are in charge of what meaning we derive from it.
Thanks to the lessons from Harry Potter, millions of readers have the courage to stand firm in our notions of right and wrong, even if it means going against the creator of this very franchise that has had such a positive impact on our lives. In Harry Potter and the Sorcerer’s Stone, Rowling said it best herself: “It takes a great deal of bravery to stand up to our enemies, but just as much to stand up to our friends.”